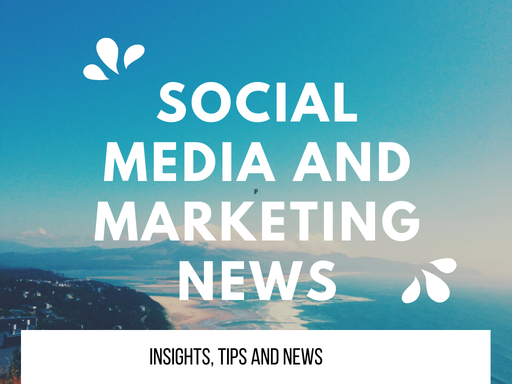 This week we bring you a wrap-up of curated marketing content containing engaging news, tips and trends from digital marketing and social media. This week learn about the 7 marketing KPIs you need to track, how to find the data you already have for storytelling, advertisers having more success on Google and Amazon, how to get glowing customer reviews, and the current state of influencer marketing amid a global pandemic and protests.

Read this week’s articles to stay on top of the latest trends in all things content marketing and social media.

Want to learn about marketing KPIs to identify which ones your business needs to track?

Marketing KPIs are the easiest way to track your marketing performance to ensure that everything’s going according to plan.

And that’s not just us saying it!

But what are marketing KPIs and how do they help you?

And more importantly, which ones should you be tracking?

In this article, we’ll go over everything you need to know about marketing KPIs to help you identify the ones your business needs. We’ll also highlight the only tool you’ll need to keep track of all of them.

What Are Key Performance Indicators (KPIs)?

KPIs are quantifiable, measurable metrics that your business can use to gauge its performance in achieving different core goals.

For example, if Sterling Cooper wanted to track how happy their clients are doing, they could always track a KPI like “customer retention rate” to determine this.

After all, if a customer sticks around, they are probably happy with you!

How do KPIs differ from other metrics?

No Need to Survey, You Already Have Data for Great Storytelling [Examples]

Fast forward to December. This year will (mercifully) be almost over. The holiday season will be in full swing. You’ll get an email from Spotify that you’ll read – and probably share. You’ll see similar posts from your friends on your social media feeds.

Spotify Wrapped is a usually welcomed annual recap of each subscriber’s year in music as well as a review of broader music streaming trends for the year.

It’s a gold standard in data-driven content marketing. Not only does it enable Spotify to send enthusiastically welcomed personalized emails, the data-based reports have generated tremendous third-party interaction, exposure, and nearly 5,000 backlinks (according to Ahrefs) since the project’s inception, from sites such as the BBC, Forbes, and Mashable.

You can do something similar – use data to tell stories to your audience. It’s never been easier, cheaper, or more meaningful to use data in content, and it can give you an edge on your content competitors.

When you move past the default data used by many – surveys – you can unleash the real power of data-driven storytelling.

My advice is not to abandon surveys. They can be a valuable source of internal data that is both actionable and insightful. They also can provide industry understandings. But using surveys to collect external data to inform your content is a different story.

The data suggests that orders from Google Ads saw some pretty strong growth year-over-year in 2020, all things considered. YoY order growth in January rose 22%, while it rose 23% in March and 113% in April.

Consumers stocked up on essentials in March and early April, but they have since turned their attention to other products that help them manage COVID-19.

It’s in the stars… How many do you have?

Would that last customer give you a 5-star rating? Or no stars at all? And why should you care?

What people are saying about your business matters. Here are three reasons why your customer reviews and star power rating matters:

Here’s the nugget: You can control the quality and quantity of customer reviews you get. How? That’s the secret in the stars that we’re about to reveal.

Fast facts: What the statistics say about customer reviews

Reviews impact your local rankings on search engines such as Google and Bing. Review quantity, velocity, and diversity can increase your search engine visibility by as much as 13%. As a business owner, you don’t even need to have an “upgraded” Google listing in order to have your stars show up.

How do you get those stars? It’s all about words. People who sort through and analyze numbers for a living can spot those positive and negative words faster than your customers can spit them out. It only takes two or three words to tell which direction a review is headed:

And the stars are assigned accordingly.

‘Stand for something’: As protests continue, tone-deaf influencer marketing is in the spotlight

As protests of police brutality following the killing of George Floyd continue across the country, marketers are pressing pause on influencer campaigns. The choice to do so is an obvious one as social channels, which were blacked out on Tuesday, now mainly feature videos of police and protesters as well as posts on the history of systemic racism in the U.S., making influencer marketing campaigns appear tone deaf, according to influencer marketing agencies.

Part of the reflection comes from the nature of the moment. As influencers have massive platforms, their fans expect them to talk about what’s happening and to take a stand, according to influencers and agency executives. “The role of the influencer has changed a lot over the last three to five years,” said Brandi Riley, influencer and blogger behind Mama Knows It All. “There are a lot more expectations of us and the community. It’s capitalism: Once people start getting paid they start having a responsibility.”

The push for influencers to take more responsibility and use their platforms to educate their followers now is at odds with the opportunism of some influencers like Jake Paul, who this week had to respond to a backlash after popping up in videos of looting. Aside from Paul, videos of people, often white women, posing for photos in front of shattered store front windows or at protests have gone viral on social media. Using the property damage or protests as a photo opp has quickly been associated with influencer marketing even if the people doing so aren’t well-known influencers.

Doing it for the ‘gram

“When there’s a staged moment people think of influencers,” said Ryan Detert, CEO of Influential, adding that the company has paused most of its influencer marketing campaigns earlier this week. “When people are doing it for the ‘gram or for a photo opp it seems like they don’t really care.”

Whether or not big name influencers are participating in photo opps at protests or elsewhere is irrelevant as people associate it with influencer marketing and that could change how people view influencers, said Elijah Schneider, CEO of social/influence agency Modifly. “We’ll see a lot of people come to the realization that most influencers are very opportunistic,” said Schneider.

Doing something for a photo or for clout hasn’t gone over well in this moment and likely won’t going forward. “There’s now an obligation from influencers to stand for something deeper,” said Angela Brown, senior social strategist at GSD&M. “A problem comes to a head when influencers are posing in spaces co-opting another message or taking advantage of a vulnerable situation for likes on Instagram. It’s going to be a much more obvious issue going forward.”

Scroll back to top