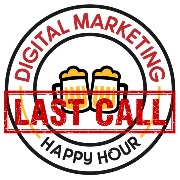 Facebook to enable users to control who comments on their posts, LinkedIn confirms it’s working on a Clubhouse rival, and most U.S. marketers were ready to quit in 2020.

Facebook to enable users to control who comments on their posts

The New York Post is reporting that Facebook will let users customize their feed and give them control over who can comment on their public posts, the social media giant said on Wednesday.

The company will also offer a Feed Filter Bar that would allow users to switch between the algorithmic ranking of their feed or show content in the order it was posted.

LinkedIn confirms it’s working on a Clubhouse rival, too

TechCrunch is reporting Clubhouse’s list of competitors is growing. LinkedIn has now confirmed it’s also testing a social audio experience in its app which would allow creators on its network to connect with their community. Unlike the Clubhouse rivals being built by Facebook and Twitter, LinkedIn believes its audio networking feature will be differentiated because it will be connected with users’ professional identity, not just a social profile. In addition, the company has already built out a platform that serves the creator community, which last week has access to tools like Stories, LinkedIn Live video broadcasting, newsletters and more.

And just last week, LinkedIn formalized some of its efforts in this area with the launch of a new “Creator” mode that lets anyone set their profile as one that can be followed for updates, like Stories and LinkedIn Live videos, for example.

This focus on creators puts LinkedIn on competitive footing in terms of expanding its own Clubhouse rival, compared with other efforts by Facebook, Twitter, Telegram or Discord — all of which have their own audio-based networking features in various stages of development at this time.

Though Twitter’s Clubhouse rival, Twitter Spaces, is already live in beta testing, its full set of creator tools have yet to arrive. In fact, it was only last month that Twitter announced its plans for a larger creator subscription platform via a new “Super Follow” feature, for instance. And it only this year entered the newsletter space via acquisition. Facebook, meanwhile, has historically offered a number of creator-focused features but has just recently gotten invested in tools like newsletters.

Most U.S. marketers ready to quit in last year

Marketing land is reporting some sobering data from a new Sitecore survey that an astonishing 59% of U.S. marketers considered resigning at least once in the past year, while 79% described the pandemic as the most challenging period of their career.

Those are the most sobering statistics in a new survey of 400 marketing professionals conducted by Advanis for digital experience platform Sitecore. The reasons behind the statistics are not hard to find: 80% said their responsibilities had significantly increased in the past year, against a backdrop of pressure from management, unrealistic deadlines, and sharp changes in strategy.

The fickle consumer. Interestingly, marketers also feel pressured by changes in consumer behavior. Based on a sample of 1,000 consumers, the survey found that no less than 70% of consumers will leave a website if they can’t find what they want in a few clicks. 65% have less patience with poor online experiences since the pandemic, and 42% report being less loyal to brands during the same period.

The outcome of all this pressure and activity was not wholly negative: 81% of marketers felt that digital transformation had brought them closer to their customers.

Why we care. We’re perhaps still too close to the events of 2020 to have fully assessed their impact on work environments and career paths — we’re still struggling to comprehend the enormity of the health impact. There have been a lot of stories about digital transformation, and the embrace of digital collaboration and engagement by marketing and other business teams will surely have long-term benefits. But there’s been human cost along the way.