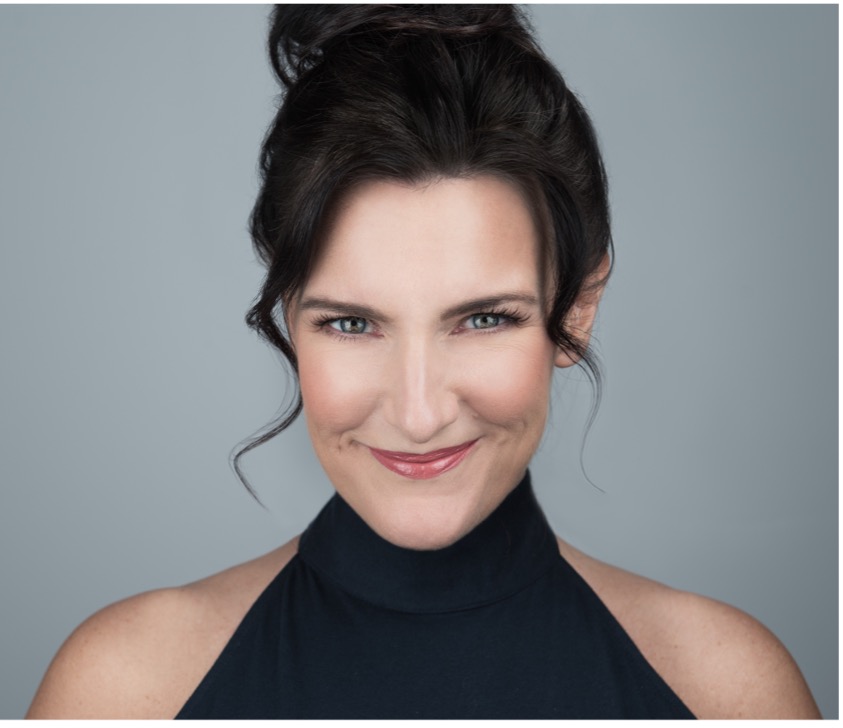 Why are movies so much fun yet most content so boring?  How can you create better content that still drives business? In this episode, Chris Casale and Ryan Smith talk with Kristina Paider about the three key components of creating a Hollywood story, why character DNA is so important, and how you can create better content for your business or brand using this same approach.

Kristina is a world-class story strategist and screenwriter, who has moved from newsrooms to Hollywood writers’ rooms to boardrooms. She travels by motorcycle, jumps into waterfalls, and helps people wrangle the art and neuroscience of story to accelerate results in business and life.

Overcoming Fear by Facing it Head On

Kristina Paider: [00:05:43] So I’ve always been a water enthusiast my whole life. So I was a water skier like always swam, scuba dived. I got certified to do that. I loved running off the dock and jumping into the lake as a kid of all of those things my whole life since I was two and my parents tell these dramatic stories.

So later in life, I developed panic attacks in the water. And long story short, they went on for ten years, got progressively worse to the point of being debilitated, meaning like I couldn’t even put my foot in the water. They used to have one, I’d be cliff diving. And then it had them and they started happening just putting one foot in the water. So they got so debilitating.

That long story short, I had no other choice but to buy a one-way ticket to the Caribbean and come to this place here called 27 Waterfalls, where you climb up for two hours.

And the only way back down is to jump in each and every one of those falls.

Kristina Paider: [00:06:46] The biggest jump is about thirty feet high. So it’s kind of like, like a little bit higher than jumping off your roof.

But I was also on a mission to just rewire whatever the circuitry in my brain that was causing it, because it wasn’t there a distinction between fear and anxiety, which you can moderate a bit with meditation and other actions you can take, whereas a panic attack really just kind of punches you in the face like you have no choice, like having it’s like a heart attack. It just overtakes you.

So, yes, when I came here, like in that mode and the state of mind, I just found that people were so kind. And there’s such a great community in this small town where I landed close to this place, close to 27 Waterfalls, and I loved it. I just made a lot of friends, a lot of people here just doing their thing and a lot of people working remotely and stuff. So I loved it.

I found a home, I found a great international community and a great water enthusiast community. Maybe people aspirational. I’m always hearing about what they’re doing so I could keep moving toward that.

Kristina Paider: [00:12:41] The water’s my whole life….I don’t care about anything else, but recovering from this and I don’t care what it takes and I don’t know what to do. And that’s the point where I’m like I’m praying to all gods, from all religions and my past relatives, everybody else, just like, somebody give me the answer.

And at the same time, it was like, really this intersection where I’m going to work and reading people’s scripts and analyzing them and saying, ‘OK, well, in this scene, is this realistic? Is this what this character would really do? What would Julia Roberts do in this scene?’ Then I’m like, ‘what would Julia Roberts do if she were playing me in this scene?’  And so I kept asking, kept, kept meditating, kept putting it out there, getting into the L.A. voodoo vibes and all that.

First of all, it is a form of immersion therapy or exposure therapy. And I believe that it would rewire the panic. It had to break the circuit. It had to blow up the motherboard on it. I believed it would do that. So I was committed to it.

Ryan Smith: [00:14:47] So you talked about your career with marketing and then that transition from all this marketing to the Hollywood side of things with analyzing scripts. How did you go from that? Because you still see, well, I can kind of see the connection at the same time, to an outsider, they seem to be two completely different paths. How did you go from one to the other?

Kristina Paider: [00:15:11] Well, it’s an interesting thing because when I was 27 and I moved from like I had moved from journalism to advertising and at 27 I sort of pivoted a little bit in that little pivot to marketing. And at that time I had been working with a recruiter in Phoenix and listened to me tell stories about whatever things.

She’s like you have to write movies, by the way not everybody actually calls me ‘dude,’ but she is like ‘girl, you have to write movies, like you have to write a movie about this thing’. Not the waterfall thing, but whatever I was talking about at the time. I’m, it’s like I just, I just got a degree with like six, it’s like a hex of major of all these different things. It’s like I don’t know how to write movies and do you get paid for that. And I’m just like, don’t even talk about that. Like I need a job. But she was like basically stalking me. So I ended up taking screenwriting classes and moonlighting, doing that for the last twenty three years I’ve been doing it.

So my day job would be in the beginning it was manager of marketing for this hotel technology company and then it was director of marketing for this other hotel technology company. Then it was senior VP of Marketing of a $10 billion dollar luxury hotel, real estate company. And that’s what I would do during the day and then at night I’d be writing action movies and adventure movies.

And it was interesting because during the day, as I will be assessing the dialog that I would be writing in the emails, in the research, in the events we would do, in the website, everything we would do was dialog. It’s like I’m just connecting this team of professionals to the clients and so I’d be just always analyzing the characters, which is probably an occupational hazard now because it’s just constant analysis that, oh, this person’s this, person’s that like OK this person doesn’t want any details.

It’s not even a story that we’re telling right now. It’s just the facts. This is a financial thing. But it just became like I just started applying the principles of screenwriting to everything because I’m always talking to characters.

How You Can Apply Character Development

Ryan Smith: [00:19:59] So starting in that marketing world, then kind of going into the, again, content development, but world of Hollywood and then now back into sort of that business marketing world, what is it about those experiences that you could take away that you can apply to the everyday business?

Kristina Paider: [00:20:19] I think so, so many of the things I really think like the crux of it is character development. And I guess I say that maybe that means one thing to me and maybe people hear that that just sounds like the peanuts, the teacher on peanuts or something.

But what I mean by that is really assessing, really knowing who your client is to the point that, you know, that maybe you maybe you think about them as a movie character if you don’t know them. But it’s going on a deeper level. That means you know their strengths, you know what their goal is in their day, you know their flaws and things that they’re not great at and how you deal with them.

And it’s not like I always say, like it’s not like we put all our shoes in a big bag, like Santa’s toys, and then we hurl it over on the boardroom table and play it out. It’s about helping people and it’s about the ability to help people on another level. So, for example, if let’s working with a technology company and have some kind of productivity technology.

Right. And so great, we look at who is who, what kind of clients are you talking to or about? Are they people that are tech-savvy? Yes, maybe so. Is there also a faction that’s maybe less tech-savvy?

Get your FREE copy:
Make Your 2021 Content Binge-worthy: Lessons from The Karate Kid and Cobra Kai

So I just use it as an example. And it’s like, how do you talk to those people who maybe are on the fringe that maybe that could give your business, ah…if you can boost your business 20% by actually not talking to all the experts already out there, but talking to the people who are maybe a little bit behind that set and letting them know, hey, it’s OK if your Bic four colored pens is your favorite thing.

We can show you how to use this. We can show you how other people like you have used this and have been amazed and like technology just a little bit more, even if it’s not your favorite thing today. So it’s those kinds of things where you’re really getting in and understanding why don’t I, why am I not automatically leaning toward all technology and having grace and having compassion for that and showing that.

And I think that that naturally attracts people. So whether it’s a client or customer segment that is adjacent to where you are now or whether it’s, whether it’s the main jam you have going, I think there’s always something to learn about where people are at and how you can connect with them. And I just think that that’s exciting.

Regardless of if it’s a screenplay or a documentary or a piece of research or an email campaign or a Facebook or Twitter or Instagram campaign, it’s that connection, is that true connection and truly helping people like if we go back to why we all went into business. Yes we want to have fun telling stories, doing cool things and making cool campaigns, but also about helping people and sharing the…yes, sharing the benefits of what you can do, but showing people what’s possible for them.

One Takeaway from Kristina Paider

Kristina Paider: [00:41:27] It would be go deeper. Go deeper. So whether that’s in your own knowing of your self-examination of your own character, character DNA, or going deeper for a deeper understanding with your customers this year, that would be my key takeaway. There’s great stuff there.

Grab your copy of Kristina Paider’s The Hollywood Approach.