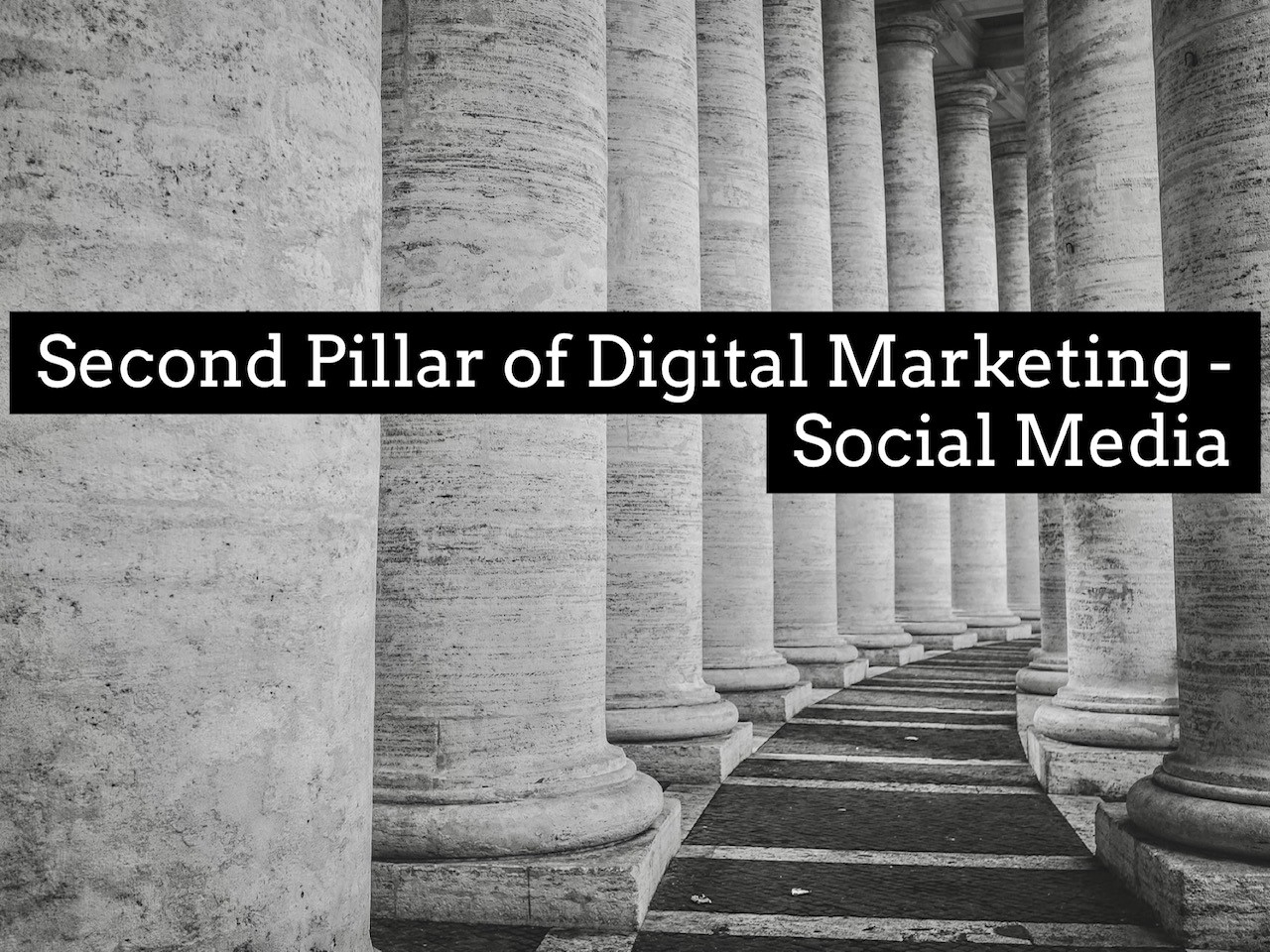 Social media has been important for the last decade, but heading into 2021, it may be the most important pillar of digital marketing.  In this episode, Chris Casale and Ryan Smith break down the second pillar of digital marketing – social media, where they discuss the demographics of each social network and the best way to engage with your audience on your chosen platforms.

Ryan Smith: [00:02:05] So in this episode, this is the second part of a three episode series where we’re breaking down the three digital marketing pillars. In Episode 29, we talked about all things search and this episode we’re going to talk about all things that are social media related.

Chris Casale: [00:02:24] Social media has been a very important pillar of digital marketing for a long time, but heading into 2021, it’s shaping up to be more important than ever. And I came across this quote by our old friend Neal Schaffer, who is a guest on this podcast just a few episodes ago. And I thought it was very fitting, Ryan, for the stuff that we’re going to talk about tonight. So I want to go ahead and read that quote.

It was on Smart Insights in an article about social media trends for the coming year. In it, Neal says,

“The new normal requires every company to put extreme importance on all things digital marketing. While search and email are two major components of digital marketing that can be done in-house, social media is both the most popular activity people do online as well as the most challenging for businesses.

This is because companies still look at social media as a promotional and advertising channel rather than as a grand arena to collaborate with social media users, primarily customers and influencers, and work them through a relationship funnel to incite word of mouth marketing for your brand in social media.”

The social media algorithms will always favor people. It’s time to wake up to this fact and be the first in your industry to craft a radically different people-first social media strategy that is driven by the voice of your employees, customers, and influencers.

Influencer marketing often has a negative connotation associated with it, but as I wrote in The Age of Influence, influencer marketing is about embracing the nano influencers and above who already have brand affinity for you, and finding ways to collaborate and include people who love your company as an essential component of your digital marketing.”

Chris Casale: [00:03:59] I wanted to start this episode with that quote, because I think it’s so important. There are lots of ways that you can leverage social media for your business, but we’re primarily going to focus on the organic and the influencer based marketing and our discussion in this episode.

Ryan Smith: [00:04:14] You know, I love that quote from Neal. Neal’s a friend of the show. If you want to hear more about Neal, go back to Episode 15, The Age of Influence with Neal Shaffer. When Neal talks about companies that use social media as a promotional advertising channel, that’s something that by default, a lot of companies do. And that’s a turnoff for people.

People are so over seeing that. And one powerful thing that social media gave consumers is the ability to take control. What I mean by that is when it was the old days of just TV, the advertiser controlled it. Right. They control the narrative. They controlled everything. And consumers only had a say if they bought the product or not.

You can do a Facebook Live and talk about certain products. I mean, we’ve seen, you know, children opening up gifts on YouTube that have gone viral and they’re making tons of money because people want to see this, and I believe the child’s name is Ryan, actually YouTube, it’s very famous on this. So social media has absolutely gotten these legs underneath it and has grown. So it’s not the medium that is bad, which is Twitter or Facebook, whatever. It’s how you use it.

So companies that really invest in, their actual employees that are representatives of the brand themselves and talk, I think, have much more success than just the company who just promotes from their @company_name, handle… Buy our shoes, buy our products, so forth.

Ryan Smith: [00:06:33] So I think as we continue to evolve and the companies that stay, sort of on that evolution of how to make their employees centric, how to talk about, you know, helping others and less about how great their product is for them, I think are the ones who are going to have a distinct advantage. And that’s never going to change.

And the brands that are doing that well are the ones that are winning over people. And there’s lots of social networks out there. So the first question we usually get is, well, which network should I be on? And I would flip that question and say, where is your audience?

Ryan and I have talked about this excessively on Digital Marketing Happy Hour. You have to know your audience. You have to understand where it is they live, work and play, and that includes social networks. So the first thing you need to do is determine who your audience is and what networks they’re actively using. I think the best way for us to do that, Ryan, is let’s just go through the big networks and talk about the types of individuals that are there.

One takeaway on social media marketing

Ryan Smith: [00:37:33] Use these platforms, make them social, add value, engage with your audience, and don’t just be so selfish that you don’t engage with other people, like go to other sites, other usernames I should say, and engage with them, Like them, share them, comment on them because that is what makes social media so great.

Chris Casale: [00:38:52] So I think my takeaway would be where we started the podcast, which is know your audience. Know which networks they’re on and engage with them on those networks. And as much as it’s important to share content on those networks and to establish relationships, remember that it’s not an open space.

Have any topic ideas you’d like to learn more about or provide feedback from this episode?

Apple, Spotify, iHeart, Stitcher or whatever podcast platform you prefer.