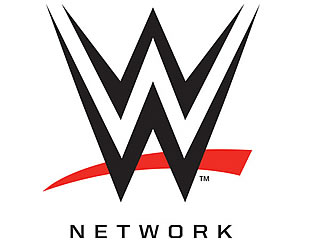 World Wrestling Entertainment (WWE) may not be the first company you think of for innovation in the digital space. With the launch of their new streaming service, that may change. Streaming services are nothing new, they’ve been around for several years. Netflix, Amazon Instant Video, Hulu, YouTube, take your pick. The adoption rate, like any new technology, started slow, but breakthroughs in technology changed the way we consumed streaming media. Smart TV’s, Roku, Google TV, Apple TV, Chomecast and many other options now exist that allow us to stream media directly to our TV. Apps exist for our mobile devices whether it’s Android, iOS or even Windows. We’ve reached a point where you can watch anything, anytime, anywhere, as long as you have a capable device and an Internet connection. So what makes the WWE network any different than any other streaming network?

What is the WWE Network?

Vince McMahon and the braintrust at WWE have been working towards a 24/7 network for almost three years now. They’ve gotten close to launching it several times, but never took that final step – until now. The hangup has always been the subscription model.

The original plans were to launch the network similar to how the NFL Network, MLB TV and others operate. This required cable and satellite providers to carry the network, which presented several major cons to the WWE executive team.

First, the network likely wouldn’t be carried by all providers initially. When the NFL Network first launched in 2003 they had a similar problem, not everyone had the ability to access it through their cable provider. Switching providers is not always easy or even possible, so the WWE did not feel it was worth potentially alienating viewers. Second, all revenue would be split with the provider. This meant WWE would have to charge more for the network.

The model WWE selected ensures that more viewers can enjoy WWE programming for a lower price. That, in turn, means the WWE should benefit from increased viewership and higher revenues, a win-win for everyone – except the providers.

Simple – it eliminates PayPerView, a major revenue stream for providers. I previously mentioned, an average PPV WWE event (of which there are usually 12 or 13 every year) runs between $45 and $60 per event. Last year, an average of 1 million homes in the United States purchased one or two WWE PPV events. For the same cost as two PPV events, these consumers can now get the entire network, including all PPV events, for the entire year!

It’s a huge win for consumers and the WWE. It is estimated that WWE will need between 800K and 1 million subscribers to break even. Anything over that will equal straight profits. Obviously not everyone is happy about this, with DirecTV threatening to sever ties with the company. “Clearly we need to quickly re-evaluate the economics and viability of their business with us, as it now appears the WWE feels they do not need their PPV distributors,” DirecTV said in a statement.

How long before more join this model? UFC? Boxing? What’s next? Cable TV is on the decline, will Satellite follow? The cost of cable and satellite has increased over the last decade. Will networks like the WWE be a tipping point for consumers to drop their provider? Only time will tell.

What did your last cable/satellite bill cost? How has membership pricing affected your purchasing decisions?