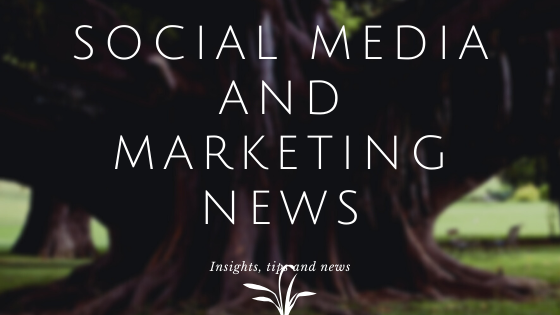 Each week we bring you a wrap-up of curated content containing engaging news, tips and trends from digital marketing and social media. This week learn how to launch a global ecommerce business to different markets around the world, how to get better conversion rates with your digital marketing, the latest in new Facebook tools and how to analyze your Facebook ad performance for better results, best ways to create engaging videos; and finally, 15 examples of how NOT to use LinkedIn for selling.

Read this weeks articles to stay on top of the latest trends in all things content marketing and social media.

How to Launch a Global eCommerce Business That Penetrates Local Markets

The Internet as it is today has broken all barriers that existed between people around the world.

Apart from connecting people, the Internet now allows for the creation of businesses for those who want to quit their jobs, who have an innovative idea or simply want to have their own company.

Moreover, it allows these persons to set up their companies in other countries around the world, which can be closer or further from home.

When it comes to ideas for starting a business, the same Internet is one of our times’ greatest providers. The number of companies which can operate online has increased substantially in the last few years and if we stop to think a little, eCommerce companies have become some of the most popular in the world. They also have one of the greatest penetration rates on various markets, if we are to consider their success.

Below we will analyze some general facts about starting an eCommerce business, as well as some of the countries which are the most open and encourage the creation of such companies.

Company registration – The first step in opening an eCommerce business

No matter the country you choose to set up your eCommerce business, the company registration procedure is mandatory. This implies a lot of research prior to starting the business, drafting a business plan and a deep analysis of the market in order to determine the products or services that the market requires. This will also have a great influence on the company’s success after the first year of business.

Back to what it takes to register the company, it must be taken into consideration that each country has its own laws. These laws usually imply the commercial legislation, the eCommerce and internet-related laws, the consumer protection regulations and the latest GDPR (General Data Protection Regulation) which applies to companies operating in Europe or with clients in European Union countries. For online companies, this is a must if we are to consider that most of them sell goods to clients all over the world and that the European market is one of the greatest in the world.

So, the company incorporation with the commercial register in the country the online business will operate in is mandatory. Following that, the domain name and the website creation are the next natural steps. These must also comply with the norms imposed by the domain name administrators in those countries. Special considerations, such as the number of characters and words and the sub-domain levels created specifically for eCommerce or online companies must be taken into account at this stage.

Once the company is up and running, the business owner should consider opening a merchant account. This is a bank account designed for processing online payments, therefore it is a must to link it to any type of eCommerce company. It can be opened with a local bank or with a provider that offers such services.

These are the general aspects referring to starting an eCommerce company. We will now focus on some of the best and sought after countries by foreign investors for starting eCommerce businesses. Asia and Europe are two of the continents representing large eCommerce companies. We will focus here on Singapore, Hong Kong, Japan, and Thailand in Asia, and Ireland, Cyprus, Germany, and the Netherlands in Europe.

Whenever I predict the winner of an A/B test, I get it wrong.

With years of marketing experience and a lifetime of filling out online forms, I think I know what combinations of copy, layout, and design will work better. But thousands of users prove me wrong, time and again.

The blue version lost. The green version had 13.5% more conversions.

“I’ve run over 1,000 A/B tests. And one thing that has become glaringly obvious to me is that it’s impossible to predict what is going to work best on an email, landing page, or website. Thus, the need for A/B testing,” Chris says.

His presentation focused on the six things to test in every email and landing page:

I’ll cover each area in detail.

Facebook has announced some new additions to its publisher tools, including expanded access to its Brand Collabs influencer discovery and connection database, and new metrics within its Creator Studio dashboard.

Initially, Brand Collabs Manager was only open to limited set of creators, but now, Facebook is expanding that access.

“Today we’re announcing that creators in over 40 countries can now apply for access to Brand Collabs Manager, bringing it in line with Ad Breaks. And we’ll continue expanding in coming months.”

In order to qualify as a relevant influencer, and be listed in Brand Collabs Manager, creators will need to:

Are your Facebook ads working for you? Wondering which metrics you should be tracking?

In this article, you’ll discover nine ways to analyze and assess the performance of your Instagram and Facebook ad campaigns.

When you’re running social media ad campaigns, it’s interesting to see how many people are viewing your content. You can measure this by looking at two key performance indicators (KPIs):

The importance of these metrics varies depending on your campaign type and goals. A campaign optimized for link clicks, for instance, won’t necessarily need to measure awareness but one optimized for awareness would.

One thing to always review is the ratio of impressions to reach. If the reach is 1,000 and your content received 10,000 impressions, each person within your audience group saw your ad about 10 times on average.

Showing the same ad to people multiple times might cause ad fatigue or annoy your audience, leading them to click Hide Ad and mark the ad as repetitive. In turn, your ad’s relevance score will decrease, leading to a higher CPC and CPM.

In a nutshell, your entire campaign will become much more expensive because the algorithm thinks your ad isn’t relevant, and you should therefore pay more to reach that audience.

Engagement relates to any metric that reveals a person has interacted with your post, such as:

The importance of these metrics will vary depending on the campaign type.

Tis the Season to Engage With Video

Times are still good for the ecommerce world despite hiccups in the overall world economy. This is largely due to more and more shoppers shifting towards digital commerce as a way to explore, research and ultimately purchase items. In fact, online sales are predicted to grow around 15% year-over-year for the 2019 holiday season.

To keep this holiday season momentum rolling into 2020 and beyond, the need for multi-channel engagement remains critical. Customers use an average of three channels to engage with brands, and retailers must ensure that each of these touchpoints are consistent and seamless throughout the entire shopping journey. To cater to customers’ digital preferences, brands are looking to video as an increasingly popular brand distribution vehicle across online channels. Videos provide a deeper emotion-based mechanism that images can’t replicate, while also giving brands a more detailed view on valuable data like clicks and time spent.

Although video in ecommerce is not new, the emergence of new technologies such as artificial intelligence (AI) are changing the game. These new capabilities enable brands to distribute high-quality video even more broadly, and critically, help them recoup the traditionally high upfront video production costs significantly faster. Let’s take a deeper look into these time- and cost-saving advantages to explain how brands can successfully utilize video in today’s hyper visual, digital-driven world.

15 Examples of How NOT to Use LinkedIn for Social Selling

In just a short period of time, social media has reinvented the way companies sell products and reach potential customers.

According to InsideView, 41 percent of all B2B companies report generating leads on Facebook, yet a total of 61 percent of business marketers in the United States utilize LinkedIn’s social media platform to generate new leads and sell products (The Drum, 2016).

With the continued expansion of social selling, taking advantage of these Internet services requires more attention now than ever before.

LinkedIn stands apart from most other social media services by focusing more on cultivating a professional business environment than that of other platforms. While Facebook, Twitter, Instagram, Pinterest, and others were initially designed for individual social interactions, designers and programmers created LinkedIn as a business platform from the ground up.

Due to the stark differences between LinkedIn and other social media outlets, social selling varies significantly.

The importance of LinkedIn

Prior to looking at ways not to use LinkedIn for social selling, a business first needs to understand the importance of utilizing LinkedIn in the first place.

Despite the lower utilization numbers, LinkedIn generates more leads than all other social media platforms. LinkedIn does not provide the same social interactive elements as Facebook and Twitter, as its lack of instant messaging and easy image sharing does leave B2C companies at a loss in these regards. However, due to the professional nature of the platform, it provides a very different method of interacting with customers while boosting leads.

A B2B company not taking advantage of LinkedIn leaves potential sales on the table. But you need to understand the differences between LinkedIn and other platforms to uncover what a business needs to do to excel on LinkedIn and how to avoid the potential pitfalls of social selling.

Here are 15 things you should avoid doing on LinkedIn if you want to maximize its social selling potential.