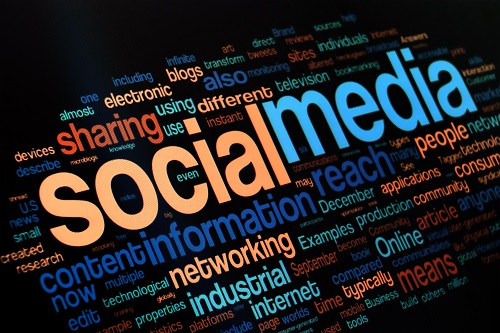 Each week we bring you a wrap-up of engaging news, tips and trends from social media and marketing technology. This week we learned how entrepreneurs are utilizing social media platforms for funding opportunities and what will be trending in 2017 for content marketing? It’s important to formulate your plans now and include these trends. Additionally, Periscope has now been integrated with Twitter and makes live streaming seamless, and finally Facebook has begun the process of making fake news posts less visible. There were a lot of stories this week…below are a sample of the post popular.

To read the full story, click the headline of each article.

Top 8 Marketing Trends That Will Define 2017

At its core, marketing is a form of communicating with consumers in the hopes of selling them a product or service. However, it’s often a complicated dance of finding new and exciting ways to entice customers.

In this social-media-dominated world, the choreography is increasingly detail-oriented and high-tech. Yet it’s for this very reason that the most powerful messages remain human-centric.

The biggest trends of 2017 will help marketers engage consumers more directly by circumventing distractions and increasing their marketing reach. These tactics appeal to fundamental aspects of human nature. As such, they can help marketers create carefully coordinated campaigns and conversations where brands and consumers coalesce into a shared experience.

Having for the past year pushed the mantra of being the best destination for “live” news and commentary, Twitter is finally integrating live video into its flagship app.

The company is now integrating the capabilities of Periscope into the Twitter app to allow its 317 million monthly users to livestream video straight from a tweet. The feature, announced today, will let users stream live video through the app—or like and comment on others users’ live videos—without needing to download the Periscope app.

The update comes just days after Facebook-owned Instagram launched live video for Instagram Stories, which rolled out to all users this week. According to Sara Haider, Periscope’s head of engineering, the addition is the “culmination” of gradually integrating Periscope features into Twitter. (Twitter officially launched Periscope in March 2015 after acquiring it for less than $100 million.)

Snopes, FactCheck.org, Politifact, ABC News, and AP will help Facebook make good on four of the six promises Mark Zuckerberg made about fighting fake news without it becoming “the arbiter of truth.” It will make fake news posts less visible, append warnings from fact checkers to fake news in the feed, make reporting hoaxes easier and disrupt the financial incentives of fake news spammers.

“We’re not looking to get into the grey area of opinion,” Facebook’s VP of News Feed Adam Mosseri tells me. “What we are focusing on with this work is specifically the worst of the work — clear hoaxes that were shared intentionally, usually by spammers, for financial gain.”

Facebook will now refer to fact-checking services that adhere to Poynter’s International Fact-Checking Network fact-checkers’ code of principles the most egregious and viral fake news articles flagged by users and algorithms. These include non-partisanship and fairness; transparency of sources, methodology and funding; and a commitment to corrections. Facebook is starting with the five above but hopes to grow that list to dozens to quickly get a consensus on a story’s accuracy.

Entrepreneurs Are Turning Facebook and LinkedIn Feeds into Funding Opportunities

Jeremy weaver needed credit. He runs a Chattanooga-based startup, Wind River Tiny Homes, which builds small but elegantly crafted houses, and wanted to expand. In order to afford it, he needed lumberyards and other vendors to give him an advance. They’d provide him with materials, and he’d pay them back when a house was sold. He’d come to vendors prepared to talk numbers, but one time, a lumberyard owner took him by surprise: “My wife follows you on Facebook,” the guy said, in part to explain why he was saying yes.

Weaver had stumbled onto something called social finance (or, groan, so-fi for short). Some lenders, in evaluating whether a person is a good loan candidate, would scour their social media networks. The more upstanding people were in there — family, gainfully employed friends and so on — the more a lender felt at ease. And that philosophy is now expanding to small businesses — a big deal for startups whose lack of credit or business history keeps them locked out of traditional loans.

How can it work for you? We spoke to lenders and small-business owners about how four networks might matter to lenders.